Known for its unrivalled high and unique flavour, Northern Lights gained popularity when introduced to Europe from its home in North West America. There has been no plant (perhaps other than the G-13 strain) to receive such widespread critical acclaim. Seedsman looks back at the origins of the Northern Lights strain and its journey from unknown to world famous.

No other indica plant besides the legendary G-13 has accumulated such widespread recognition and fame as the Northern Lights Afghani. The original Northern Lights plants were pure indicas but later hybrids were released with a bit of Thai Sativa in their pedigree. This probably accounts for the fruity taste and great, almost psychedelic, high that this plant is known for today. Although most of the subsequent plants were bred towards an indica expression, there are still sativa phenotypes popping up now and then as a reminder of the genetic history of the plant. 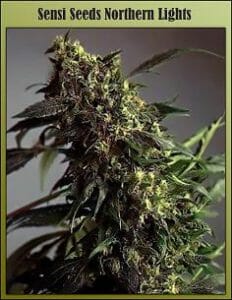 Making its way from the Pacific North West to the Netherlands in 1985, the Northern Lights arrived in the possession of Neville Schoenmaker. Neville was the owner of Holland’s first cannabis Seed Company known as The Seed Bank, which later was renamed Sensi Seeds under new ownership. According to the most credible source; Northern Lights was originally bred by a man known as “The Indian” on an Island near Seattle Washington in the United States. Some also claim that the plant originated in California before ending up in the hand of this mysterious man from Seattle but there is no conclusive evidence to support this. Apparently there were a total of eleven plants that were labeled Northern Lights #1 through Northern Lights #11. Northern Lights #5 was said to have been the best of the bunch, with Northern Lights #1 coming in at a close second. The original Northern Lights plants were described to be true breeding Afghanis with extreme indica characteristics. They were dark green in color and very stable, with a high flower to leaf ratio while sporting a piney taste and purple hues in flowering. They were also known to be highly resinous with a THC percentage over 15%, sometimes higher. 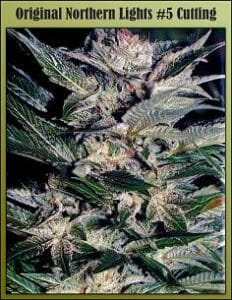 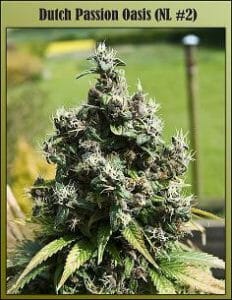 The genetic lineage of the various Northern Lights plants quickly becomes confusing since the entire line is diverse but also closely related and inbred. However, the Northern Lights #5 clone, which was considered the most superior plant of the bunch, was apparently never sold in seed form and must therefore have been the only unaltered version of the original plants. The pure Northern Lights #5 Afghani indica was used to create several outstanding and potent hybrids in combination with many of the strains that The Seed Bank had to offer at the time. Although many of these Cannabis Cup winners are now extinct, some are still available in seed form today at Sensi Seeds. These plants are also the closest relatives to the glorious Northern Lights #5 mother that Sensi Seeds has to offer. Most notable of these strains are the Northern Lights #5  x Haze, Northern Lights #5 x Skunk #1 or Shiva Skunk, Silver Pearl and last but not least; Jack Herer, the main ingredient in the now legendary Cinderella99. The glorious Jack Herer is a superior plant that forms a union between the three most important building blocks of modern cannabis strains; Northern Lights, Skunk and Haze. 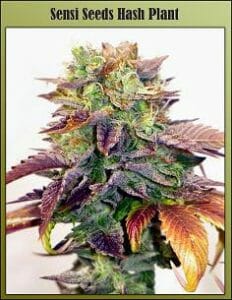 Some of the strains mentioned above were also sold under the flag of the Super Sativa Seeds Company carrying different names. Some might remember the M39, which was made up of a strain called Basic 5 and Skunk #1. The Basic 5 was apparently Northern Lights #5, which means that this hybrid was similar to the Shiva Skunk offered at the Seed Bank, now known as Sensi Seeds. The Brothers Grimm also offered their version of the Aurora Borealis but it has since disappeared from the market.

Some of the strains from Serious Seeds also contain some old school Northern Lights, mainly Chronic, which is made up of 50% Northern Lights with a touch of Skunk #1 and the notorious “one-hit-wonder” AK-47. The origin of the Northern Lights used in both the Serious Seeds and Sagarmatha hybrids can be traced back to the original plants, since the owners of both seeds companies apparently worked at Sensi Seeds at one point of their careers and thereby obtained their plants directly from the source. Likewise, some of the strains from The Mr Nice Seedbank contain pure, authentic old school Northern Lights #5 genes, including their Super Silver Haze. Apparently Neville and Shantibaba are also reviving the original Northern Lights #5 from a Haze hybrid from old stock. It might resurface in the near future. Exile from Magus Genetics is also made up of one quarter Northern Lights with some White Widow thrown into the mix but the strain is still highly propelled by the potent and always popular Warlock Super Skunk. Double Dutch from the same company is an early version of Chronic from Serious Seeds coupled up with the same potent father, making it a true Northern Lights hybrid. Both plants have accumulated several awards and are of uttermost high quality.

There is also some mentioning of a private Northern Lights cutting that is said to be the real thing. It is known as P91, which stand for Poway Class of ’91. This version of the plant, which originates from Poway San Diego, is supposedly an inbred or cubed version of Northern Lights #5 but this was impossible to confirm. It is considered to be one of the few, true and pure Northern Lights plants left in the world.